image goes here
Woolhope, a village in HerefordshireWoolhope is a village in Herefordshire, England, about 7 miles east of Hereford, a sleepy little village hidden away in the folds of the Marcle Hills.</p>&ltp&gtWoolhope Dome is a hilly area of land, with an intricate mix of woodland, farmland and its own distinct geology.</p>&ltp&gtThis zone is divided into two more-or-less distinct parts. In the north is Haugh Wood and a high density of smaller woods on the relatively steep contours of the Woolhope Dome. The southern part has fewer woods, a gentler landscape and more intensive agriculture.</p>&ltp&gtThe area includes a mosaic of the remains of old orchards, some fine examples of unimproved limestone grasslands and many old hedges and sunken tracks or 'sunkways'</p>&ltp&gtMost fields retain their hedges, although these are heavily trimmed. There are relatively few hedge trees in the south of this area, but there are more to the north, many of them mature oak trees. Several field boundaries are now formed from old hedge trees and overgrown hedges. Some hedges have been removed to form large arable fields. The great majority of fields are used to grow arable crops, with a limited number used for sheep and cattle grazing. This zone contains a number of small villages and hamlets including Woolhope, Mordiford, part of Fownhope and Brockhampton. Several of the villages contain black-and-white timber framed buildings characteristic of Herefordshire.

Photo from Featured Project near Woolhope,, Forest of Dean, Gloucestershire
Spring is in the air!
&ltp&gtAfter a winter of discontent, it is soon going to be a great time to take a look at the outside of your home. How's the paintwork? The render? Window frames? Weather takes its toll on all buildings, just part of the price of living in God's Country we reckon.&ltbr />&ltbr /&gtHowever, we also believe in making hay while the sun shines, so this may be an opportunity to give the outside of your property a facelift to keep it looking beautiful. Also, this will enhance the protection against the ravages of next winter. They come round like clockwork it seems.&ltbr /></p>&ltp&gtWhether it is a full hack off and re-render job like the one in the photos, or just a quick making good of the outer shell and a lick of paint, you can be sure that it will pay dividends the next time the weather starts to look a little inclement.&ltbr />&ltbr /&gtIt doesn't have to cost a fortune either, or cause major disruption. Our experienced team can usually complete the job in the shortest possible time, minimising the inconvenience and leaving your property spotless, so you don't even have to clean up. Give us a call or click in the header of any page to get a quick, no-obligation quote for helping to keep your home looking good, whatever the weather.</p> 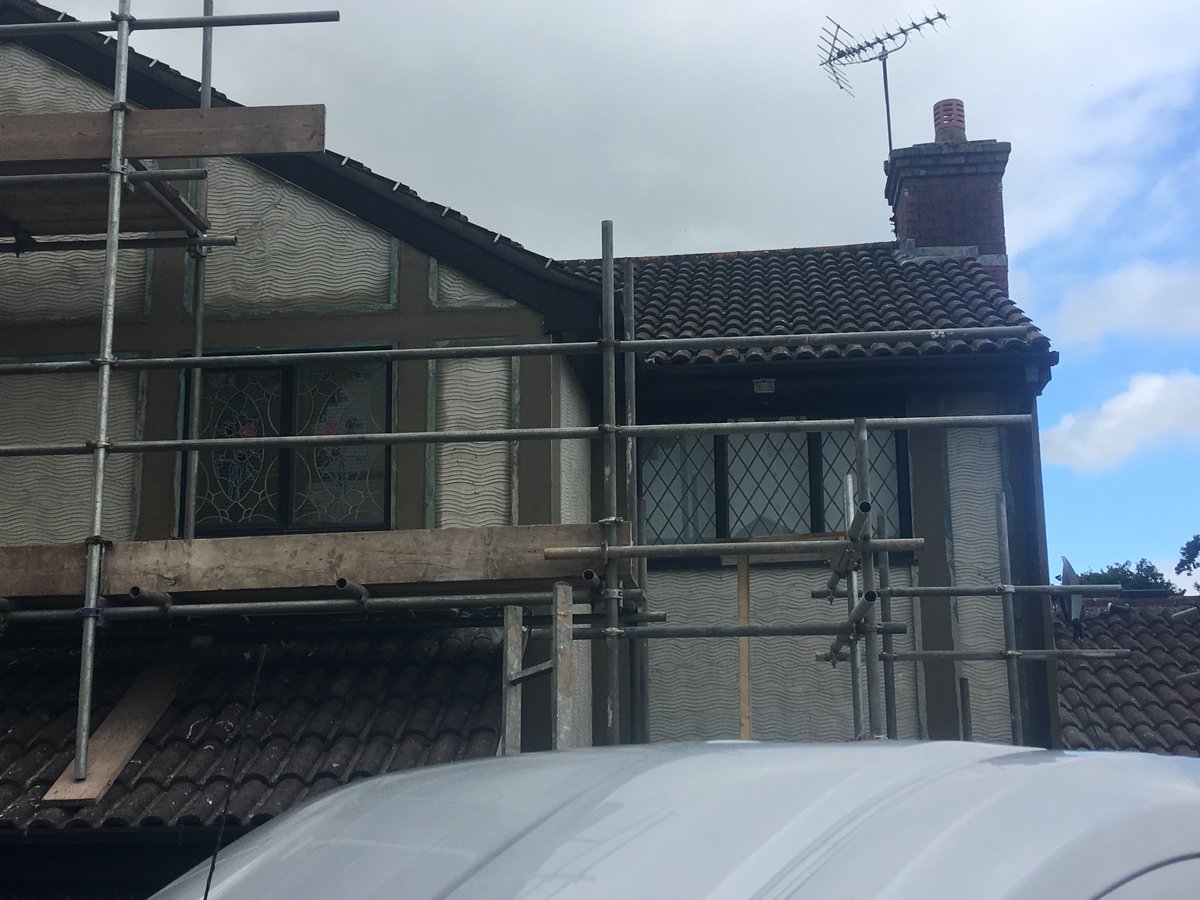